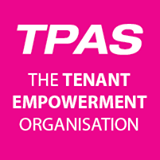 I quote : “14 September 2015, I today report the further consideration of the malicious statement by a ‘Director of Sanctuary’ in 2012 who falsely accused me of being “Dangerous”, and within what context it may have been meant. I have also further considered why the BBC decided not to show the shot film footage and story compiled by the BBC Spotlight team in early 2013, which you knew about Mr Clark. Based on information I found out about this year that an alleged pedophile once lived within the Timber Close flats community, and the fact I once had to call the police because some house residents were attempting to kick my front door in thinking I was that alleged pedophile, I believe this was the event the “Director of Sanctuary” was referring to. That you Mr Clark then later suggested to the BBC that I was an alleged pedophile to stop the BBC showing the programme which concerned the Sanctuary Housing & TPAS Mediation Scam. Although Regional Director, and Bennett’s pet, Richard Keeley was found to be a liar by an internal investigation by Sanctuary, the meaning of “Dangerous” was not investigated. Also falsely being accused of being “mentally disturbed” and having “mental health issues” does not make someone “Dangerous”. Unbeknown to me the alleged pedophile actually lived next door to me up until he died. Interestingly when some house residents returned in the evening on the day they attempted to kick my door in, they attempted to kick his door in instead. Until such time as Sanctuary can explain the context in which it’s “Director of Sanctuary” considered me “Dangerous” I will continue to assume both he and you Mr Clark have willfuly and wrongly accused me of being a pedophile to your own perverse advantage.”, unquote.