To clarify, a member of the maintenance team, singular, visited Timber Close on 06 May 2016 at around 2:55 and proceeded to collect litter from around the scheme before cleaning the bin store namely Bennett’s Rubbish Dump. The team member deposited all the loose rubbish from within the bin store into my bin. Rubbish that the team member had neglected to remove from the bin store for a number of weeks. I have reported a similar event of targeting once before and also my bin being re-positioned the furthest possible distance from the door.

Please find enclosed pictures of the loose rubbish in my bin which takes up most of the space in it considering I had not put a bag of rubbish in it since it was cleared on Wednesday of that week. I also enclose pictures of the dried and dead foliage, also referred to in Ref : GRM/SC/0526 , as evidence that this area continues to be neglected despite the GMS and weekly Service Charge payments and despite Simon Clark’s previous assurances it is regularly maintained. Also included is a picture taken the same day showing cement is still falling off the sides of the main roof tiles, first reported over 5 years ago, and pictures of the shed which remains without planning permission and remains dangerous and an eye sore. 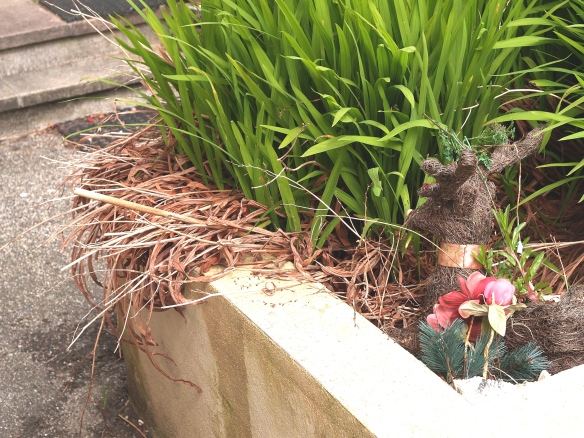 I would also remind you the visit to the scheme on 06 May 2013 lasted some 1 hour and 40 minutes and that the team member therefore had enough time to maintain the neglected area, comply with the GMS and comply with Sanctuary’s written advice that visits will be for “2 hours”.

Whilst I appreciate there may be no requirement for Sanctuary to provide me with notification of the planned day of each visit for the sake of transparency the fact remains that planned visits to Timber Close every Friday are frequently changed to other days or no visit is made at all and which amounts to fraud and the only possible reason why Sanctuary would choose not to be open and transparent.

I would remind Sanctuary that since it’s neglect, fraud and deception resulting from it abandoning grounds maintenance to Timber Close during 2009, me subsequently being conned by the criminality of Sanctuary’s Richard Keeley and Janet Swales and which later involved Sanctuary’s Simon Clark, Judge Rosemary Crawley and CEO David Bennett in a cover-up, a £300 bribe and them being complicit, Sanctuary has continued to cheat myself and the tenants ever since and in whatever way possible.

This being the reason why Sarah Warren, Sanctuary Head of Customer Services, stopped being open and honest with me, stopped answering her correspondence with me and stopped any attempt of resolving issues for fear of dropping her corrupt employer Sanctuary Housing in manure.

“Providing excellent customer service is the fundamental aim of what we do. Being open and honest with all customers and communicating every step of the way has helped us deliver a really personable service. Callers are not just a number so it is vital to us that when they come off the phone they feel that they are on track to getting their issues resolved.”  Sarah Warren, Head of Customer Services.